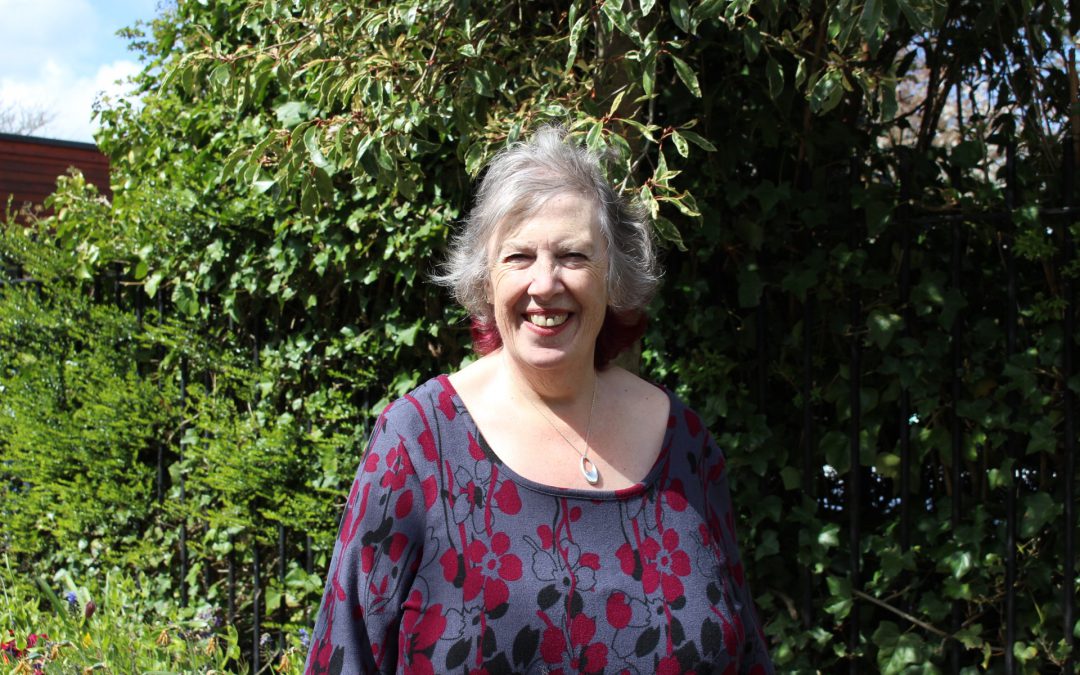 Maureen Morris understands what it is like to have a child who needs extra support.  It is 24 years since the 64 year-old from Washington adopted daughter Caitlin, and almost every day since has been a journey of hard-earned discovery.

“I believe knowledge is power. From the moment I started to learn about what young people are entitled to, who provides it and where to access it, the process to provide Caitlin with the same or similar opportunities to every other person her age began,” said Maureen.

And it has been a tough education for the Morris family.

“We had no idea what support was out there. We didn’t know where to go to ask for help and there was a really steep learning curve, which started at the local authority and went from there.

With daughter, Caitlin, firmly settled as part of the family, Maureen and husband, Ken, now 69, dedicated themselves to ensuring their daughter has the same opportunities and experiences as her friends and family.

“Being a parent is the most extraordinary job – and one that comes with its fair share of challenges.  But being a parent-carer is something entirely different – it’s something no parent can ever prepare themselves for,” said Maureen.

The family’s journey started when Caitlin was an infant, and the early signs began to show that everything was not quite as it should be.

“Caitlin was around three when Ken and I sought tests.  She wasn’t speaking clearly and we thought there might be a problem.  We took her to see a speech and language therapist who, after carrying out some tests, told us that Caitlin did not have any problems and that they believed there was “something else” wrong.

“We took Caitlin to so many hospital appointments, where she had countless tests and assessments, but throughout all of this we couldn’t have imagined what was to come.”

Fast forward a few years, and Caitlin was diagnosed with Autistic Spectrum Disorder (ASD), a severe learning disability and Hereditary Spastic Paraplegia, a degenerative disorder of the lower limbs.

“The diagnoses came as a series of painful blows, each one changing our perceptions of our parental role and of the life we thought Caitlin would lead. Her conditions meant that Caitlin would probably need a wheelchair. We knew that we’d need advice on how to adapt to the changes ahead, and that Caitlin would need lots of support to help her come to terms with this.

“Naturally, we turned to the NHS and local authorities for advice, but we struggled to find the right answers.

“In the end, it was a chance encounter that helped Ken and I find the answers that we needed. We were invited to an event to meet fellow parents of children with special needs – where we could share stories and get some all-importance guidance.”

The chance meeting lead to the start of the Parent Carer Forum. Starting 10 years ago, the forum gives parents the chance to talk through their grievances, offer guidance and share information.  It works closely with the Sunderland Carers Centre, which is the primary support service for carers of all kinds in the city.

“Partly, we would meet up to moan about the lack of services for our children – schools that didn’t service our needs, friends who didn’t understand the challenges, and most importantly the lack of information available to us. We all found that a big part of the problem is not knowing what the future holds, and struggling to find the services that can help us find the answers.

“As parent-carers, we wanted to work together to raise awareness around some of these issues, and we wanted more parents to find out about our forum, to know that there are people living through the same challenges.

“We arranged coffee mornings, encouraging other parents to join, and we pooled together our knowledge and started to look at what was available for our children.”

She added: “We started to arrange short breaks that the children actually want to come on. Importantly, their parents have confidence in the trips we arrange, and they are keen for their children to be a part of them. I think it helps that the trips are organised by parents of children with special needs, as the knowledge and experiences we all have can help ensure the trips are a success and that the parents feel supported by us.

“As Caitlin gets older, she is less reliant on myself and my husband, and now lives an independent life in her own home in Sunderland. It means we can commit more time to supporting services that are there to help parents just like us.  We feed our voice into the Carers Centre, which means we are advocates for parent-carers, ensuring the challenges we face are fed in and responded to.”

Maureen has been able to commit more of her time to raising awareness for the Parents Carer Forum and the services they offer.

“I strongly believe that our children have the same right to all the life chances that everyone else has, and I think that the parents of these children are the best people to ensure this happens. As parent-carers, we do not see disabilities first – instead we see all the potential that our children and young people have.

“It’s not about shouting at people to raise awareness, but we do work in a co-productive way with all statutory authorities to change the culture around young people with disabilities, and the parents caring for them.

“We want every parent-carer to know about the services and the support that is here for them. As parents, we came across the opportunity to meet fellow parents of children with special needs by chance – we don’t want other parents to have to leave it to chance.

“Organisations like Sunderland Carers Centre offer a vital lifeline to carers like me. The pressure that comes with caring for someone full time is extreme and intense.  It’s vital that carers are supported to ensure they are strong enough to keep on with their caring responsibilities and during Carers Week, it’s a timely reminder to people who are struggling that there is an organisation that cares for the carers.”

According to the last census, there are 166,000 young carers in England, but recent research suggests that the actual figure may be as many as 800,000 – that’s 6 young carers in every secondary school classroom. Despite being so prolific, carers are often hidden from view.

WEDNESDAY WELLBEING Sometimes it's difficult for carers to go out for a meal so why not get your recipe books out and make something you haven't tried before. Or invite friends round for afternoon tea. Treat yourself - you are worth it. Please share any tasty recipes with us 😋

Last chance to be in with a chance to win! Complete our survey on or before Thursday twitter.com/sunderla…

Online Training Sign Up
Professionals E-bulletin
Register with us